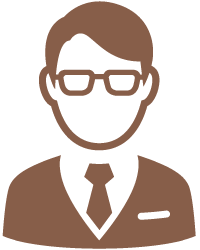 As more Americans embrace the "gig economy," a growing number are working as freelancers. Recent studies have shown that freelancers make up nearly a third of the nation's workforce, with many working as independent contractors for various companies. While freelancing has its benefits, it can also complicate matters like how workers compensation benefits are handled, if they're even offered. Here are a few things you should know about workers compensation as a freelancer.

You're on Your Own in Most Cases

Salaried and wage-earning workers who are directly employed by a company benefit from a wide variety of protections, including the ability to make a workers compensation claim if they're injured on the job. Many of these protections are even enshrined in state and federal statutes.

Although employers are obligated to cover their salaried and wage-earning workers under their workers compensation insurance, freelancers are often left out in the cold. Since most freelancers do not work directly for the company and are paid per project completed instead of the usual salary or wage, companies are not obligated to provide workers comp coverage to freelancers. Instead, freelancers must rely on their own insurance whenever they're injured during work.

You Should Note the Exceptions

As far as state and federal officials are concerned, the line between employee and freelancer is a clearly defined one. Yet some employers attempt to blur it by misclassifying their employees as independent contractors. Fortunately, there are a few rules that help prevent this from happening. If you want to know where you stand, you'll need to ask yourself the following:

Those who meet the standard of a salaried or wage-earning employee remain eligible for workers compensation coverage from their employer, even if they're misclassified as freelancers.

Meanwhile, insurance companies that offer workers comp plans to businesses are also taking notice of the growing freelancer trend. These companies are now considering coverage plans for independent contractors who would otherwise have to rely on their personal health insurance for work-related injuries.

Know What to Do If You're Injured

If you're injured while working on a freelance project for a company, you should get in touch with your personal injury attorney and learn where you stand in regards to workers compensation eligibility.